SCI-FI ROLEPLAYING GAME OF EXPLORATION IN THE FAR FUTURE

“While the Known Space is shaken by the tensions between the powers that rule over it, remote planets and unreached frontiers await to be explored. Artifacts emerge from ancient times, forgotten mysteries await to be deciphered, and unknown threats lurk just beyond the Edge, where the knowledge of the Orion Arm’s cultures fades into the vastness of uncharted space.”

FARSIGHT is a pen & paper role-playing game designed to bring science fiction to your table, allowing you to explore pristine worlds, roam the cosmos, and confront unknown species, alien civilizations and prodigious technologies. Well, of course, provided you can survive the dangers lurking in the darkness, just beyond the edge of the known!
Officina Meningi has directed the video an set up the marketing campaign.

Produced by Lightfish Games, after more than 3 years of design and playtest, FARSIGHT is finally ready to project players into the future, allowing you to shape the setting to suit your style and preferences: from the most epic space-opera to the darker cyberpunk, techno-thriller or post-apocalyptic dystopia, and so on!

The Farsight RPG Quickstarter, a 106-page manual that presents the introductory rules of the 5E Evolved game system, a series of characters and an exciting adventure, is free to download and will allow you to play right away!

LINK TO THE KICKSTARTER CAMPAIGN

The absolute novelty introduced by the authors of Farsight is the 5E Evolved system, a carefully designed adaptation of the OGL rules of Dungeons & Dragons 5th edition to science fiction. But don’t get it wrong, it is not a simple hack! While retaining the essential style of 5E and remaining just as simple and easy to learn, 5E Evolved implements new core mechanics and other important innovations designed  to best fit in a science fiction oriented game.

Farsight includes many customizable backgrounds, a brand new system for classes and talents, and several playable species: from the calm and long-lived Iradian to the masters of bionics Navarian, from the cunning amphibians Ja’raki to the hermaphrodites Draalani, to Humans and more. The choice is yours.

During your adventures, characters will gain fame and wealth, weave connections with powerful factions, or instead mess with the wrong people and fall into complete misfortune!

You will face frenetic and merciless combats where strategy is essential, you will use all kinds of technological weapons and armor and pilot from the smallest planetary vehicle to the largest interstellar spaceship!

If you have always wanted to explore the future in its endless possibilities, Farsight RPG is the game you’ve been waiting for!

Farsight RPG is designed to adapt to any sci-fi setting you want, but its main focus is the ultimate frontier of science fiction: space exploration.

To give you a glimpse of these frontiers, the Corebook will include an introduction to “Chronicles of the Edge”, a space-opera setting created specifically for Farsight RPG.

Here’s a brief presentation of what awaits you on the verge of the Known Space!

“Centuries ago, the Collapse forced the Union to retreat to the Central Systems, forsaking large portions of the Orion Arm. Now, after an era of oblivion, the now called Outskirts are finally slowly re-flourishing under the influence of new nations:

The 79 Suns Confederation claims the title of heir to the ancient Union while the Nargor Kratarchy expands its domain by ensuring protection and civilization under an iron fist. Meantime, the traders of the Arkeade Cross roam the old stellar routes seeking profitable deals and the envoys of the mysterious Concordate bring reason and aid wherever they can.

While the Known Space is shaken by the tensions between the powers that rule over it, remote planets and unreached frontiers await to be explored. Artifacts emerge from ancient times, forgotten mysteries await to be deciphered, hidden truths seek to be revealed and unknown threats lurk just beyond the Edge, where the knowledge of the Orion Arm’s cultures fades into the vastness of uncharted space.”

Farsight RPG is developed by Lightfish Games, a small creative group founded by Dario Pesce and Francesco Lucenti. Over the years, the team has expanded to include the contribution of Sergio Gambillara and Riccardo Rumor. The activity of the group focuses on the creation and development of board games, role-playing games and interactive fiction.

A great boost to the Farsight project was also given by the meeting between the Lightfish Games team and that of Epic Party Games, another important reality in the Italian gaming scene, with which a great collaboration has been established. 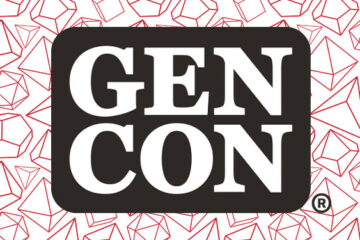 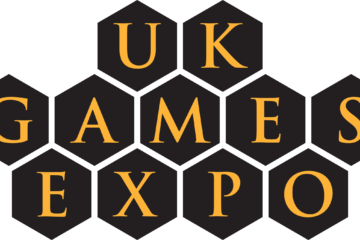